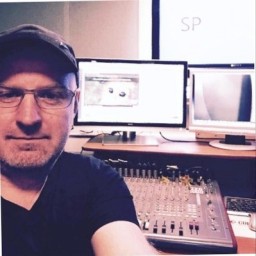 I have set myself the task of building a brand new (native) mobile and web app for the #Collab365 Daily Digest. It’s currently all managed with a simple Newsletter but I want to provide a more interactive app that people can consume on their phones at a time that suits them.

After a few weeks of investigating:
💥 Ionic-framework
💥 React-native
💥 Flutter

And I also looked seriously at low/no-code solutions ..

I’ve finally landed on #Flutter (and Dart) to do the build. I wanted to persevere with no-code and put some long hours into it, but it wasn’t giving me the speed gains I needed. Although, I will come back to #Draftbit after this project as I think that platform and team behind it are amazing. (I honestly believe no/low code is the future for basic CRUD apps but that’s a whole different discussion).

Also, as this is my first Mobile App build, I wanted to make sure I understand how one is put together, and opted for Googles Flutter. (I am a nerd at heart).

React Native has great features and support, but it uses Javascript, which I dislike.

Flutter uses Dart, which is a fully object-oriented language with fantastic support in Vscode. So it’s pretty easy to pick up if you have a C# background.

Ionic was also great, but I found it lacking in documentation and it doesn’t appear to be that popular in the community in 2021. I got reasonably far with Ionic and Vue and tbh, the learning curve was less than with Flutter.

If you look at Google Trends, Flutter is on the up and the other two on the way down. (Didn’t want to pick a framework that dies off in a year or two).

One other major factor was because I wanted to build 1 app that works on mobile (ios / Android), Web, PWA. Only Ionic and Flutter offer all 3 with one codebase.

Anyway, I’ve now got the main scaffolding up with Firebase as the backend so hoping to have a few screens to show off soon 🙂

My goal is to help 1000 Microsoft experts have more freedom by selling their skills, working from wherever they choose.

To achieve this, I want to help educate via these sites:

ChatGPT vs Google: Is it time to set up a private community?

Why is the NHS failing?

Stop using Facebook for your community, and start using Circle!